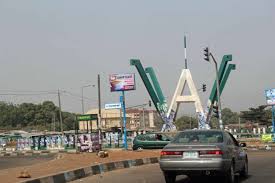 Ten killed in Kaduna on Christmas eve inspite of a 24 hours curfew impose in certain local government of the region. The killings took place at Goska village in Kaninkon Chiefdom of Jema’a in Kaduna State was attacked on Saturday night.

The governor of the state condemned the attack, called on security agencies to chased to their hideouts and brought the hoodlums to justice and empathised with the families that lost their loved ones.

Relating on the attack The Nation said Police Public Relations Officer, Kaduna Police Command, ASP Aliyu Usman confirmed the attack, but said there was no casualty. He described it as ”attempted attack” on the community.

Governor Nasir Ahmad El-Rufai has however condemned the attack, describing it as inhumane and handiwork of forces of darkness.

El-Rufai in a strong-worded statement empathised with the families that lost their loved ones and charged security agencies to redouble their efforts.

He said the attackers will not know peace as they will be chased to their hideouts and brought to justice.

A local in Goska Bulus James told The Nation that, “the Fulani herdsmen had earlier informed the community that they will launch an attack on it. We didn’t take it seriously until when they came at about 5pm on Saturday. They encircled the village and started shooting anybody at sight.

According to him, “that shooting continued through the night. They killed one of the daughters of two term member of Kaduna State House of Assembly and a one time Chairman of Jema’a local government, Gideon Yakubu Morik and burnt his house and several other houses. Only a very few houses are left. As I speak with you, we can still hear the gunshot.”

“It was very pathetic. It was a serious attack. While that was ongoing, they released their cattle to feed on beans yet to be harvested. We tried to call security people around who were outskirt of the village but we discovered that they don’t have bullets. So, we are only in the hand of God”, the source said.