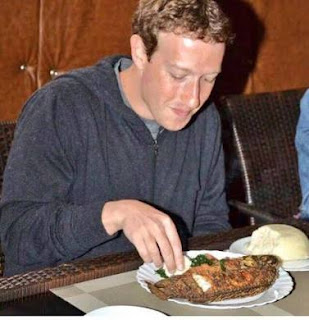 It been fourteen years now that the social media giant Facebook has been in existence. The founder and CEO, Mark Zuckerberg writes a letter on his Facebook page to remember and explain all what he and his team have gone through. In the letter, the CEO stated that he was 19 years when he started Facebook. Having no idea about business or how to build a global internet service.

He said that his team in an effort to bring the world closer together has made several mistakes. He said of himself of trusting the wrong people, making the wrong deal and putting talented people in the wrong roles among others.

What Mark Zuckerberg said can be of motivation to Africa techprenuers. Reading it should make them know that sometimes, if not most times success is built on past failures. Failures in itself does mean the end, it only giving  rooms for improvement. You can read the full letter below.

“It’s a moment to reflect on how far we’ve come from that dorm room at Harvard and how far we still have to go to bring the world closer together. And it’s a moment to think about what we need to do better.”

“Sometimes people ask what I’ve learned along the way. I was 19 when I started Facebook, and I didn’t know anything about building a company or global internet service. Over the years I’ve made almost every mistake you can imagine. I’ve made dozens of technical errors and bad deals. I’ve trusted the wrong people and I’ve put talented people in the wrong roles. I’ve missed important trends and I’ve been slow to others. I’ve launched product after product that failed.”

“The reason our community exists today is not because we avoided mistakes. It’s because we believe what we’re doing matters enough to keep trying to solve our greatest challenges — knowing full well that we’ll fail again and again, but that it’s the only way to make progress.”

“We are still early in this journey and we will keep working to improve. That focus has always been our strength, and that’s what this year is all about.”

”Bringing us closer together with our family and friends matters, and 14 years in I’m proud of what we do and grateful to be a part of something so meaningful.”

”It’s an honor to be on this journey with you.”