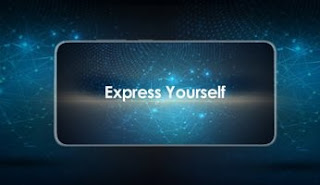 Several promotional photos in Nigeria and Pakistan revealed that Infinix is set to launch a new smartphone with a tag name #ExpressYourself. Though, the name of the smartphone is not known yet, it is revealed today that it will come with an Android 8.0 Oreo operating system and octacores (8 cores) processors.

So our team went out to do a little survey about how much mathematics people know and our focus was on calculating what 20MP is? Here are excerpts from the survey. #WhatIs20MP #20MPTrivia pic.twitter.com/maC7ufZ5R5

Yesterday, it was made clear that the smartphone will come with a front camera of 20MP. The highest front camera ever made by Infinix. For now this is all I know about this smartphone.


The phone will also have a facial recognition along with a fingerprint scanner at the rear of the phone. We are aware of the front camera but the rear camera information is not yet revealed. It may probably have two rear cameras if it is a flagship smartphone.

Infinix only has one flagship smartphone. The Infinix Zero series. Last year, Infinix launched the Zero 5. So, more likely, this will be the Infinix Zero 6 or some other name. Whatever the case, it is certain that Infinix is launching a smartphone on Thursday 22th of March 2018.