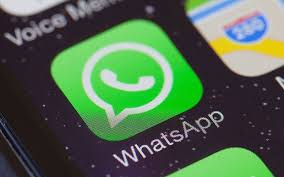 Billions of persons using Whatsapp on various mobile devices see this feature rolling out today. Whatsapps stories are posted from the in-app camera.

After taking a photo, you can add drawings, text and emoji. Immediately you post the story, the story appears in a new status tap within 24 hours. All your contact can see it within that period. Also, your friends can reply to your update directly from the post.

Snap is on its road map to start selling its shares (stock) March 2, this year. Facebook cloning its story feature may be a threat to Snap inc. IPO.

According to The Verge, “From Facebook’s perspective, adding stories to WhatsApp represents a strategic effort to blunt Snapchat’s growth in markets where the ephemeral messaging app has yet to take root.”

“By implementing one of Snapchat’s most popular features across its dominant suite of social apps, Facebook is forcing Snap Inc. to find new ways to grow its business.”

“And it could very well work. Within four months of launching, 150 million people were using Instagram stories every day — about the same amount that use Snapchat, said The Verge.