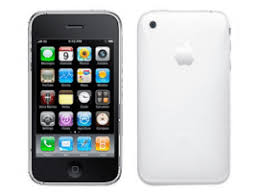 Apple iPhone 3GS was Apple flagship phone in 2010. The smartphone was launched on June 2009. It became the third generation of all Apple iPhone ecosystem. The device is known for speed, at least at that time. Apple iPhone 3GS is no longer in production.

It came with a system on chip of Samsung S5PC100. It processor runs on 600 MHz. Internal memory of 256MB DRAM. Also, users can use from different variants all base on their internal storage. There are 8GB, 16GB and 32GB flash memory. The battery capacity is 1220 mAh.

The external features include a rear camera 3MP, On/off Sleep/wake, Ring/silent, Volume up/down and Home buttons. You can fin this buttons on the lefthand corner as well as on the retina.

Colours: It has two colours Color: Black and White

READ ON  Apple inc is facing another lawsuit, this time on Animoji
Powered by Inline Related Posts

In case you miss these
Microsoft job cut may reach 3,000 employees
Microsoft laying off workers to reorganised sales force
Acquisition deal: MTN and Multi links may strike deal this June
iPhone 7 features, specs and price
Gionee A1 Specifications. Is this really an A1 Phone?