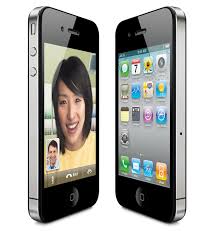 The Apple iPhone 4 was released in June 2010. As Apple flagship smartphone as at that time the device is said to be the thinnest of all Smartphones. It is Apple’s forth generation of the iPhone ecosystem. It price range in Lagos, Nigeria falls between N95,000 and N150,000. Apple discontinue the production of this phone in September, 2013. The gadget was preceded by iPhone 3S and succeeded by iPhone 4S. It was the first of Apple mobile phones to use Retina display as well as CDMA network. The Apple iPhone 4 comes in two models. GSM model and CDMA model.

Buy phones and tablets at Konga.

It comes with a system on chips of Apple A4. Its battery capacity is 1420 mAh.  The internal memory is placed at 512MB RAM. For talk time, the battery can last for 7 hours over 3G and 14 hours with 2G. The 2G is for GSM model only. While using the internet, the device will last for 6 hours on 3G and 10 hours on WiFi. Standby hours is 300 hours, video playback and audio playback is 10 hours and 40 hours respectively.

Buy phones and tablets from Jumia.

The retina is 3.5-inch (diagonal) widescreen Multi-Touch display. On/off Sleep/wake, Ring/silent, Volume up/down and Home buttons. You can fin this buttons on the lefthand corner as well as on the retina.

Colours: It has two colours black and white.