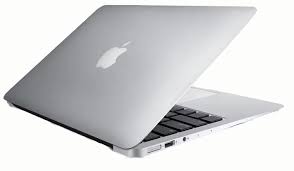 A source from Apple has said that Apple Inc is planning to ditch Intel Chips and starts manufacturing own chipset for the Mac Computers and laptops. The insider who claimed anonymous said by 2020, the OEM will finally stops using Intel chips.

This is not the first time Apple will ditched Intel Chips. Some years back, Apple started using its own made chips from iPhone, iPad and Apple watch gadgets. The proposed chipset from the company is code named Kalamata the insider said.

A report shows that Intel Corps have 5 percent of all Apple revenue. However another source claimed that Intel will not be affected if the Apple stopped using its chipset. Lenovo, Asustek, HP and Dell still uses Chips made by Intel.

READ ON  Leaked: Apple iPhone 8 will come with this chipset
Powered by Inline Related Posts

If gadgetsmakers are deciding to creates their own chips then chipsmakers should consider producing their own gadgets. Intel competitor, Qualcomm, which happened to be the highest manufacturer of chips are making chips that are in line with Artificial Intelligence and can save battery life. Its seems Intel is yet to do so.

Analysts claimed that Apple move to producing its own chipset may be as a result of aligning its devices. So, Apple’s consumer products starting from iPhones, iPad, Mac and Apple watches could work together seamlessly.