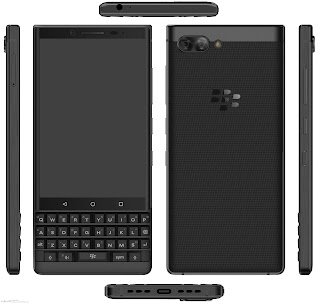 For the BlackBerry “KeyOne”, the QWERTY keyboard added to its beauty. Probably fans of BlackBerry still prefer a physical keys. The key is not the only notable feature on the smartphone. BlackBerry is featuring a duo camera at the rear view. The flashlight is also very close to it. The tech giant is also maiming its logo on the back of the “KeyTwo”.

Not surprisingly, BlackBerry do not remove the 3.5mm earpiece port. The phone may not use a wireless charger, a current trend in most flagship smartphones. Using a IP67 rating may not work on it as a result of the physical QWERTY keys. For now nothing regarding the specifications of the purported BlackBerry “KeyTwo”. Also, the launched date is unknown.