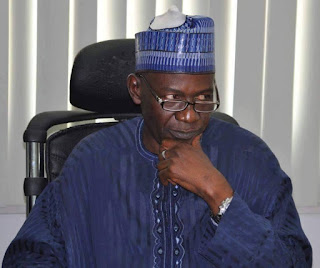 Chairman of The Association of Bereaux We Change Operators of Nigeria, ABCON, says BDCs operators are not parallel market operators, but are licensed operators registered under the Corporate Affairs Commission, CAC and also comply to the rules and regulations set out by the Central Bank of Nigeria, CBN.
The Association of Bureaux De Change Operators of Nigeria (ABCON) yesterday defended Bureaux De Change (BDCs) licensed by the Central Bank of Nigeria (CBN) saying they operate within set rules and are not part of parallel market operators.
Its President, Aminu Gwadabe, in a statement, distanced ABCON members from the activities of BDC parallel market operators, which he said have constituted major setback to naira’s stability. He insisted that the CBN-licensed BDCs are not parallel market operators as misconstrued by a large section of the public and even top government officials.
Gwadabe said CBN-licensed BDCs, which are 3,147 operators at present, are key partners of the apex bank in ensuring the stability and competiveness of the naira against world currencies, including the dollar.
He said licensed operators have been given up to December 31 by the CBN to renew their annual licensing fee of N250,000. He added that they are registered with the Corporate Affairs Commission (CAC) and with each operator meeting the mandatory N35 million capital base stipulated by the apex bank.
Gwadabe said Finance Minster, Mrs. Kemi Adeosun severally accused the BDC parallel market operators of contributing to the continuous depreciation of the naira, but insisted the CBN-lisensed BDCs do not fall within the category being described by the minister because they operate based on set guidelines.
The ABCON chief said the licensed BDCs, not only have their operational offices, they file reports with the Federal Inland Revenue Services (FIRS) and belong to ABCON, which is recognised by the apex bank as the umbrella body for licensed BDCs.
Gwadabe said his members are committed to naira’s stability at both official and parallel markets, and have consistently partnered with the CBN to achieve this objective.
“The CBN-licensed BDCs have always played collaborative and positive roles for the regulator in achieving exchange rate stability.
Besides, CBN’s admission of licensed BDCs into the International Money Transfer Operators- IMTOs-Window foiled analysts forecast for the naira to cross N500 to dollar rate by last December. The licensed BDCs have weekly rate quoted on the Uniform Weekly Exchange Rate for Licensed Bureaux De Change portal.
He said the rate for this week was N399 to dollar, adding that ABCON has continued to ensure that licensed operators abide by the rate while defaulting members will be sanctioned.
Gwadabe however, described the BDC parallel market operators or unlicensed BDCs as underground operators, without offices, and which do not render returns to the CBN.
He said these operators, seen mostly in major streets because they do not have offices, remain the major problem facing the naira.
“The transactions done by unofficial BDC operators are highly exploitative and lucrative given that they are not bound by any regulation. These set of operators are invisible, and are the ones causing the rising gap between official and parallel market rates,” he said.
According to Gwadabe, the transactions done by these underground operators are bigger in volume than those of the CBN-licensed operators, and therefore have constituted major roadblock to naira’s stability. He said unlicensed BDCs do not render returns to the CBN, are not registered with the CAC and do not file reports at the FIRS.
Copyright 2020 @ Myfinancein
Shares

READ ON  Vivo v7Plus now Available in India, When will it arrive in Nigeria?
Powered by Inline Related Posts