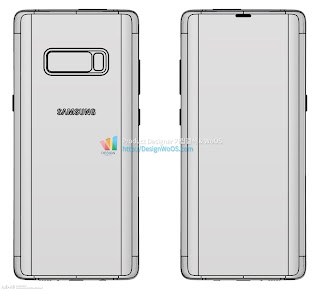 You will recall that there has been predictions as to when the device will be launched. Some as predicted September because, it is the date Samsung usually released its flagship Galaxy Note. While others have speculated August, so that, Samsung can beat up competitions from Apple and Google.

Rumours about the internal and external features were also leaked. It is rumoured that the Galaxy Note 8 will be cloned from Galaxy S8. It will have an chipset from Qualcomm Snapdragon 835 for the U.S alone and the international chip set will be from Exynos.

The Bixby button will be at the left hand conner and may likely support America and Chinese languages. Samsung has purchased a voice assistance startup in Greece to help synergize its effort to improve the Bizby AI.