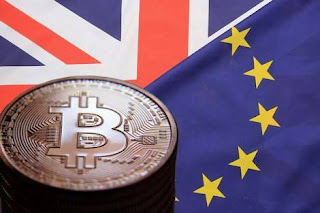 Britain’s government and regulators will research more on Cryptocurencies to understand its potential risk. This report was provide by British junior finance minister John Glen on Monday.

The British Central Bank has been providing funds to fintech startups in the Cryptocurrencies field. And the result was overwhelming especially in 2017. At the Innovative Finance Conference held yesterday, Glen explained what the British government plans to do to regulate Bitcoins and other Cryptocurrencies.

“In our upcoming fintech strategy, the government will announce further work with the Financial Conduct Authority and the Bank of England to consider these issues in more detail,” he said.

Britain is not the only Europe country interested in the cryptocurencies regulation. The Central bankers in Europe has also called for regulation of bitcoin and investing firms that raised money from initial bitcoin offering. However, all bodies involved have not come to a global consensus.

READ ON  Paylater Adds new features to it's Android App. And there are more to come
Powered by Inline Related Posts

The meeting of the Group of 20 Economies in Argentina which members are made up of central bankers and finance ministers will meet on Monday and Tuesday to discussed on Cryptocurrencies among other things. But they are expected to agreed on a “more detailed monitory” instead of to take a decisive action.

The Parliament of Britain has already set up a committee to investigate cryptocurency regulations. “We don’t want to be dragged into a race to the bottom. Effective regulation is good for the sector and we can learn from other jurisdictions,” said Nicky Morgan.

In 2017, investment in Cryptos soar as a sum of £1.3 billion were invested on bitcoins and other digital currencies. Also France is interested on Britain Cryptocurrencies financial technology startups.