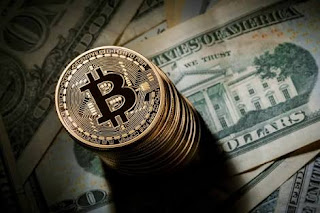 The Central Bank of Nigeri, CBN, has warned Nigerians on the investment on cryptocurrencies. The apex bank warns that such currency is not a legal tender as it is not backed by Nigeria law and it is not under CBN regulation.

Virtual currencies such as Bitcoin, Ripples, Monero, Litecoin, Dogecoin, Onecoin, etc and Exchanges such as NairaEx are either licensed or regulated by the CBN.


Investing, therefore on such virtual commodity, is at your own risk, the Bank stated. If a person is faces loss as a result of investing and dealing with Cryptocurrencies such person can not seek redress in the court and may loss huge funds.

Part of the statement reads: “A press release issued by the Bank on Wednesday, February 28, 2018, reiterated that cryptocurrencies such as Bitcoin, Ripples, Monero, Litecoin, Dogecoin, Onecoin, etc and Exchanges such as NairaEx were not licensed or regulated by the CBN.”

“The statement signed by the Bank’s Acting Director in charge of Corporate Communications, Isaac Okorafor, emphasized that dealers and investors in any kind of cryptocurrency in Nigeria were not protected by law, thus may be unable to seek legal redress in event of failure of the exchangers or collapse of the business.”

Well, CBN is not the only regulator warning against cryptocurrency. Twitter is planning to stop major advertising on cryptocurrencies and its exchanges. Routers made this report known yesterday. Today Twitter will kick start a major clampdown on Virtual currencies and this will take the next thirty days. https://www.reuters.com/article/us-crypto-currencies-twitter/twitter-to-ban-cryptocurrency-ads-from-tuesday-as-online-crackdown-widens-idUSKBN1H222H?il=0


Google and Facebook are also doing the same to various digital currencies and exchanges. The ban “will cover advertising of initial coin offerings (ICOs), crowdfunding used to raise cash by creating new coins as well as token sales. Furthermore, there will be ban on “ads by cryptocurrency exchanges and cryptocurrency wallet services, unless they are public companies listed on certain major stock markets.” Twitter said.

In Japan, however, ban will not be made on virtual currency exchanges regulated by the country’s national financial regulator.

Moreover, Google plans ban on cryptosystem will begins in June while Facebook has already placed restrictions on cypto related ads. Lack of legality may have forced these tech giants willingness to ban crypto ads despite that it may have been an important source of income.