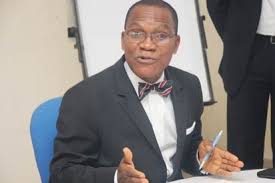 The Director General of Debt Management Company of Nigeria, Dr. Abraham Nwankwo has said that it has successfully borrowed N1.18 trillion domestic part of the budget to finance the economy fiscal year.

He made this known in a discussion with the Senate committee on Local and Foreign Debts. Mr. Nwankwo said that Nigeria has successfully developed a strong market that is capable of raising the entire domestic loan needed to fund the fiscal year.

He also speak about the speaks about N635 billion loan expected to be borrowed from external source. He stated that $1 billion will be borrowed from Africa Development Bank. However, the Bank only made available $600 billion.

He claimed that if the ministry of finance is unable to raise the balance of $400 billion, it will be sourced for in the domestic market.

Mr. Nwankwo said the Federal Government had successfully service almost all 2016 debt. Out of N1.16 trillion to be serviced in 2016, 1.09 trillion has been fully served.

He told the senators that the “DMO is working to see that the $1 billion Eurobond is mobilised by second quarter of 2017”.

DMO boss said, “Nigeria is in a very strong position to service its debts because of our debt sustainability analysis, which ensures that we make sure that we do not go near threshold of borrowing and to avoid unsustainable debts, so we are operating miles away from the threshold, we will build sustainable economy in the next three to five years.”