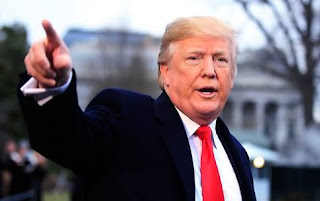 The US President is not the only one against the Venezuela “Petrol” since it was created in February. Several US lawmakers Senators Bob Menendez, Marco Rubio and Bill Nelson had written “letters to the Treasury Department asking how it would protect American investors and prevent Venezuela from raising money.”


While US Treasury Department is yet to respond to the letters, the Treasury confirmed that the “sanctions risks would apply to Americans purchasing the token. Menendez’s office later confirmed to CoinDesk that he was continuing to press the department for a response,” coindesk reported.

This is the executive order issued by Donald Trump.

Executive Order on Taking Additional Steps to Address the Situation in Venezuela Issued on: March 19, 2018 By the authority vested in me as President by the Constitution and the laws of the United States of America, including the International Emergency Economic Powers Act (50 U.S.C. 1701 et seq.) (IEEPA), the National Emergencies Act (50 U.S.C. 1601 et seq.), and section 301 of title 3, United States Code, I, DONALD J. TRUMP, President of the United States of America, in order to take additional steps with respect to the national emergency declared in Executive Order 13692 of March 8, 2015, and relied upon for additional steps taken in Executive Order 13808 of August 24, 2017, and in light of recent actions taken by the Maduro regime to attempt to circumvent U.S. sanctions by issuing a digital currency in a process that Venezuela’s democratically elected National Assembly has denounced as unlawful, hereby order as follows: Section 1. (a) All transactions related to, provision of financing for, and other dealings in, by a United States person or within the United States, any digital currency, digital coin, or digital token, that was issued by, for, or on behalf of the Government of Venezuela on or after January 9, 2018, are prohibited as of the effective date of this order. (b) The prohibitions in subsection (a) of this section apply except to the extent provided by statutes, or in regulations, orders, directives, or licenses that may be issued pursuant to this order, and notwithstanding any contract entered into or any license or permit granted before the effective date of this order. Sec. 2. (a) Any transaction that evades or avoids, has the purpose of evading or avoiding, causes a violation of, or attempts to violate any of the prohibitions set forth in this order is prohibited. (b) Any conspiracy formed to violate any of the prohibitions set forth in this order is prohibited. Sec. 3. For the purposes of this order: (a) the term “person” means an individual or entity; (b) the term “entity” means a partnership, association, trust, joint venture, corporation, group, subgroup, or other organization; (c) the term “United States person” means any United States citizen, permanent resident alien, entity organized under the laws of the United States or any jurisdiction within the United States (including foreign branches of such entities), or any person within the United States; and (d) the term “Government of Venezuela” means the Government of Venezuela, any political subdivision, agency, or instrumentality thereof, including the Central Bank of Venezuela and Petroleos de Venezuela, S.A. (PdVSA), and any person owned or controlled by, or acting for or on behalf of, the Government of Venezuela. Sec. 4. The Secretary of the Treasury, in consultation with the Secretary of State, is hereby authorized to take such actions, including promulgating rules and regulations, and to employ all powers granted to the President by IEEPA as may be necessary to implement this order. The Secretary of the Treasury may, consistent with applicable law, redelegate any of these functions to other officers and executive departments and agencies of the United States Government. All agencies of the United States Government shall take all appropriate measures within their authority to carry out the provisions of this order. Sec. 5. For those persons whose property and interests in property are affected by this order who might have a constitutional presence in the United States, I find that because of the ability to transfer funds or other assets instantaneously, prior notice to such persons of measures taken pursuant to this order would render those measures ineffectual. I therefore determine that for these measures to be effective in addressing the national emergency declared in Executive Order 13692, there need be no prior notice given for implementation of this order. Sec. 6. This order is not intended to, and does not, create any right or benefit, substantive or procedural, enforceable at law or in equity by any party against the United States, its departments, agencies, or entities, its officers, employees, or agents, or any other person. Sec. 7. This order is effective at 12:15 p.m. eastern daylight time on March 19, 2018.–DONALD J. TRUMP