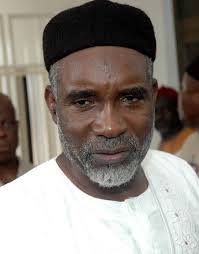 The Economic and Financial Crime Commission, EFCC, today February 20, 2017 has provided more evidence against Alex Badeh, former Chief of Defence Staff. A total number of 14 witnesses were presented as more exhibit against him.

Badeh who is standing trial along side Iyalikam Nigeria Limited on a 10-count charge bordering on money laundering, criminal breach of trust and corruption for the sum of N3.97 billion.

The witness Olusegun Adegbite, a compliance staff with Zenith Bank, Maiatama, Abuja, told the prosecution counsel, led by Roti I Jacobs, SAN, that EFCC requested for documents with respect to the defendants.

He said that the documents in court has having emanated from his office.

The defence team raised no objections to the request of the prosecution to tender them as evidence.

Justice Okon Abang of the Federal High Court Abuja, thereafter accepted the documents in evidence and marked them as exhibits T97, T98, T99, T100 and T101.

The trial has been adjourned to February 21,