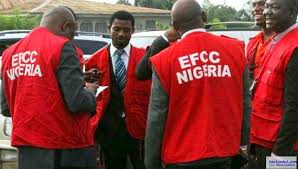 A huge sum of money had been recovered from ex-NNPC minister during former President Good luck Jonathan administration, Diezani Alison Madueke. The looted sum was discovered from her mansion at Banana Island, Lagos.

Other funds had also been recovered from public servants and EFCC plans to join Financial Action Task Force (FATF), an Inter-governmental body developing and promoting policies to combat money laundering and terrorist financing.

EFCC reported, “The aggressive drive by the EFCC to recover all hidden assets of former Minister of Petroleum Resources, Diezani Alison-Madueke, who is under investigation for corruption and money laundering, produced another breakthrough this week with the discovery of a property acquired through shell companies by the former minister at upscale Banana Island in Lagos. “The property is a 15-storey edifice comprising 18 flats and six penthouses.

“The property was acquired by the former minister between 2011 and 2012 at a total cost of $37.5m from the developers, YF Construction Development and Real Estate. The property was allegedly acquired in the name of a shell company, Rusimpex Limited under the control of certain Mr. Afamefuna Nwokedi of Stillwaters law firm, in Lagos.”

Last year, the commission seized an $18m mansion in the Asokoro area of Abuja allegedly belonging to the ex-minister. She has, however, denied all the allegations levelled against her.

Mr Ibrahim Magu, Acting Chairman of Economic and Financial Crimes Commission (EFCC), on Thursday confirmed the recovery of 9.75 million dollars and 750,000 pounds from a residence in Kaduna state.

He also confirmed that N1.25 billion was recovered from a public servant and said that all the monies were recovered within two weeks.

Magu stated this in a report he presented to the House of Representatives Committee on Financial Crimes during the 2016 budget performance appraisal and defence of 2017 budget before the committee.

“Out of the 37 accounts frozen/forfeited, six banks are yet to provide relevant information on the amount accrued into the suspected accounts within the period under review,’’ he said.

The document revealed that the commission secured 135 convictions, out of which 46 were from Lagos zone, 30 from Abuja zone, 22 from Port Harcourt zone, 19 from Kano zone, 15 from Enugu zone and three from Gombe zone during the period. Magu acknowledged the support of the committee towards fast-tracking completing of EFCC headquarters in Abuja.

He disclosed that the Federal Ministry of Finance had listed the payment of N1.8 billion out of N2.9 billion meant for completion of the headquarters. He, however, added that the commission had resuscitated its offices in Kaduna, Ibadan, Benin and Maiduguri as part of efforts to boost its operations across the country.

Magu urged the legislature to support the fight against graft, saying “corruption is fighting back”.

On recruitment, he said that the commission only recruited 331 cadets on equal quota basis across the country except Lagos, Ekiti, Bayelsa and Rivers with lower numbers.

Giving breakdown of the 2016 appropriated allocation to the commission, Magu told the committee that total budgetary approval was N18.89 billion, but that N14.74 billion representing 78.04 per cent was released.

He explained that N7.62 billion was for personnel cost, overhead was N2.75 billion while capital expenditure was N8.49 billion for the year. Magu added that 91.1 per cent component of the released funds had so far been utilised.

Earlier, Chairman of the committee, Rep. Kayode Oladele, said that Nigeria had applied to join the league of members of Financial Action Task Force (FATF), an international anti-corruption agency.

He said that the move was part of efforts to strengthen ongoing anti-corruption crusade in the country.

Oladele, who lauded the development, expressed optimism that Nigeria would be admitted as “Observer Member’’ by the end of the year and would become full-time member in the nearest future.

“Our collective efforts to unleash sustainable development in Nigeria through the rooting out of corruption will not produce the desired result if Nigeria is unable to transact in the international market place without let or hindrance.

“In this regard, Nigeria has applied to join the FATF and based on the level of our commitment. “A high-level delegation from the FATF is due to visit Nigeria in March, 2017, to meet with various stakeholders and report back to its plenary in June, this year.

“I have no doubt that we will be successfully accredited and admitted at the end of the exercise,” he said.

Oladele commended EFCC for the successes recorded so far and said: “for the first time in Nigeria’s history, anti-corruption searchlights have been beamed on the judiciary and the revelations have been mind-blogging.

“In addition, similar exercises in the arms procurement process by the Nigerian military have also led to several arrests.

“Overall, the EFCC made the highest number of recoveries of stolen resources, running into billions of naira in a single year in the annals of Nigeria’s anti-corruption efforts.”

The chairman solicited the support of Nigerians in stemming the scourge of corruption in various facets of the economy.

According to him, the fight against corruption is one of the most potent weapons to fight recession which structural cause is rooted in waste, looting, misplacement of priorities and misappropriation of yesteryears. Oladele also pledged the support of the house to the EFCC and assured of life assurance for the commission’s operatives.