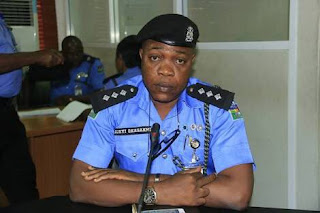 The #ENDSARS is a very serious issue right now in Nigeria. Scores of techies in Nigeria are talking on the issue. Below are what they are saying on Twitter. After reason it, you will really fee their pains and see reasons why this special police force called Special Anti-Robbery Squad should be scrapped.

I never travel without my Chromecast. Except when I forget it… Then I borrow @codebeast‘s

With all due respect sir, you are very mad & grossly incompetent.

I stopped driving my car because of your men. Started taking Uber.

They stopped my Uber one day & told me to come down & started searching me(bag, mails, laptop). Took me away in their rickety bus. 😤 #EndSars https://t.co/N15CRGpaAV

Can’t count the number of times I had to go to the police station because one of our Andela developers called to say they had been arrested. #ENDSARS

A  Journalist at Nigeria Info FM, Mr Kofi, was also on the matter. This is what he said on twitter.

Been on this #SARS talk for about 3 years now. First day I discussed them on @NigeriaInfoPH, folks sent me private messages to be careful about it or stop the talk altogether. Great to see Nigerians speak up with #EndSARS. If we’re all careful, how will this country change?

Also, Nigerian politician has also take up the issue. The former Vice President of Nigeria in support of the issue said that the Police suppose to protect the youth and not harassing them.

The arbitrary harassment of young Nigerians by Police (who should be protecting them) has no place in a democratic society.

However, the Nigeria Police force assistant PR has expressed regret over the issue. He said, “I know it so disheartening seeing some officers acting uncivilized and unruly. I sympathize with Nigerians who must have found themselves in such situations and believe me the authority is not happy about it! Trust me the authority have taken actions on this issue.”

Fam, I know it so disheartening seeing some officers acting uncivilized and unruly. I sympathize with Nigerians who must have found themselves in such situations and believe me the authority is not happy about it! Trust me the authority have taken actions on this issue.

Well, will the end of SARS the be the best way to handle the issue? This is what some Nigerians are saying.

My view on #EndSARS ? Very clear. @PoliceNG needs specialised unit to tackle armed robbery and violent crime. I don’t support calls to disband it. It should be reformed and offending officers brought to justice. I don’t do mob or offer opinions based on popularity. https://t.co/Nf9jWIL9Ip

If there aren’t any good SARS out there believe it my brother the country wont be survivable. Even the bad ones only turned bad at a point,they were not bred to be bad.
The cost are way more than the benefits but ending SARS without a replacement will create a vacuum for chaos.