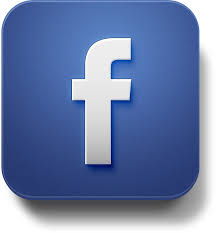 The social media giant, Facebook is still searching for ways to tackle fake news report in their website. Although, its has started taking measures such as using closed end questions to asked users of Facebook if a post on their news feed is real or fake.

At CODE media today, Facebook vice president of partnership, Dan Rose said, combating fake news is very important to Facebook inc. She said Facebook just got started and there are till a lot more work to be done.

She said that Facebook is taking several methods to combat fake news, including the use of third party verification or fact checker to know if information on their news feeds are misleading headlines and untrue story.

When asked if Facebook remains a only a tech company, she said, “facebook is a new type of platform where people discover a lot of media content.”

Many persons has used Facebook to pass fake news. But this became more important for facebook as more and more fake news is spread through the news feeds of this social media platform.

Reason for Facebook push to fight fake news is as a result of current U.S election of Donald Trump, there was a widespread of fake news via Facebook, techcrunch report. Also, many countries are pressurising Facebook to cramp down on the spread of fake news during their election.

Germany has resulted to force, as their election will come up this year. The country has proposed a rule that would levy a 500,000 euro fine on facebook for each piece of fake news it fails to cramp down within 24 hours