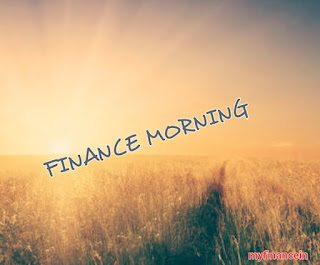 Northern Region Editor Former Nigerian Justice Minister, Mohammed Adoke, yesterday, wrote to the Houses of Representatives absolving himself of any culpability in the controversial Malabu Oil deal that made Nigeria to lose as much as $1.092 billion. Source: Vanguard. Read More.

PORT HARCOURT— GOVERNOR Nyesom Wike, has accused the Special Anti Robbery Squad, SARS of the Police of allegedly being behind deaths recorded in the rerun elections in the state. Source: Vanguard. Read More.

The Cross River  State government is subsidising prices of foodstuff, such as rice, tin tomatoes, groundnut oil and sweet corn, by as much as 40 percent .

The subsidy on the foodstuffs, which is already drawing  traffic from even neighbouring states  to the Tinapa Free Trade Zone where the foodstuffs are being sold, is the first of its kind in the state according to some residents. Source: TheNation. Read More.

Oil prices stabilized on Thursday as a tighter market looms in 2017 due to planned output cuts led by OPEC and Russia, after sharp declines earlier following Wednesday’s U.S. interest rate increase that drove investors out of commodities.

International Brent crude oil futures were trading at $53.93 a barrel at 0649 GMT, up 3 cents from their last close. Source: Reuters. Read More.

Asian shares and currencies softened on Thursday after the Federal Reserve raised rates for the first time in a year and hinted at the risk of a faster pace of tightening than investors were positioned for.

Yields on short-term U.S. debt surged to the highest since 2009, sending the dollar to peaks not seen in almost 14 years, which in turn prompted China’s central bank to set the yuan at its weakest level against the greenback since 2008. Source: Reuters. Read More.

Codementor (incorporated as Peer Idea Inc.) has raised $1.6 million in seed funding to grow its online education business into a marketplace for elite freelance developers who are among the top-rated mentors on its site.

Based in Mountain View with a development office in Taiwan, Codementor is a graduate of Techstars in Seattle. Source: Techcrunch. Read More.

Pebble says its smartwatches should continue to work in 2017

Following its acquisition by Fitbit last week, Pebble has reassured owners of its smartwatches that they aren’t about to suddenly stop working.

There’s much uncertainty around the future of its watchers after the announcement of the deal. Fitbit bought Pebble for its patents and tech not its smartwatch business, which is ominous for anyone who wears one. Source: Techcrunch. Read More.

Just when you think Yahoo’s security issues can’t get any worse, the company proves you wrong.
Yahoo (YHOO, Tech30) disclosed a new security breach on Wednesday that may have affected more than one billion accounts. The breach dates back to 2013 and is thought to be separate from a massive cybersecurity incident announced in September. Source: CNN. Read More.

An 18th Century Chinese imperial seal has been sold for a record €21m (£18m, $22m) – more than 20 times its estimated price.
The sale, to an unnamed Chinese collector, took place in Paris on Wednesday after a heated bidding war, Drouot auction house said.
The palm-sized seal is made of red and white steatite, a type of mineral rock. Source: BBC. Read More.