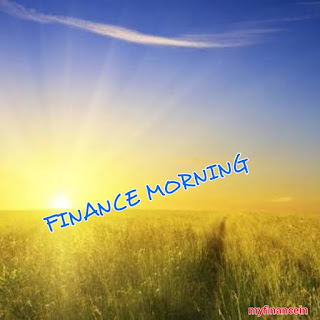 FG To Pay N29bn Outstanding Debt To Agro Dealers
The Federal government through the Minister of State, Ministry of Agriculture and Rural Development Heineken Lokpobiri has said government has committed to pay the outstanding debt of N29billion naira to agro dealersSenator Lokpobiri said this followed the reconciliation of agricultural input suppliers who participated in the 2014/2015 Growth Enhancement Support Scheme.It is to be recalled that of the N67billion outstanding payment,the government had paid a N20billion part payment to the agro dealers,even as he revealed Cellulant (the company that operated the scheme) and the agro dealers were able to reconcile the outstanding payment. Source: Leadership newspaper. Read More.
Diversification: We’re Repositioning Culture, Tourism Sector – Minister
The Minister of Information and Culture, Alhaji Lai Mohammed has reiterated the commitment of the ministry to bring the culture and tourism sector into the mainstream of the economy, in line with the overall goal of the administration to diversify the economy and create jobs.The minister stated this in Abuja, yesterday, during the oversight visit to the Ministry of Information and Culture by the Senate Committee on Culture and Tourism. Source: Leadership Newspaper. Read More.
Ifeoluwa Abiodun emerges winner of 2016 NSE Essay Competition
Miss Ifeoluwa Toluwanimi Abiodun, a 14 year old student of Babington Macauley Junior Seminary, Ikorodu, Lagos State, has emerged the winner of the 2016 edition of the NSE Essay Competition for Senior Secondary Schools students in Nigeria.Ifeoluwa clinched the first position at the award ceremony, held at the Civic Centre on Thursday, November 24, 2016, ahead of over 7,400 participants across the country, winning N500,000 in scholarship fund for university education, N250,000 worth of equity investment and a laptop. Her school was also rewarded with three desktop computers and a printer. Source: Pro share. Read More.
Death toll in China power plant accident climbs to 74
The death toll in the collapse of a platform under construction at a power plant in eastern China has risen to 74, with two others injured, as China’s chief safety inspector arrived to oversee an investigation, state media said on Friday.Deadly accidents are relatively common at industrial sites in China, where anger over lax standards is growing. Three decades of swift economic growth have been marred by incidents ranging from mining disasters to factory fires. Source: Reuters. Read More.
Three Ways Retailers Are Already Screwing Up Holiday Sales
With Black Friday around the corner, one would think that retailers would be putting everything they have into execution to make sure they’re ready for what is still the biggest sales day of the year in the U.S. However, good intentions or not, retailers – and brands – are already making big mistakes that are disappointing holiday shoppers. Here are three. Source: Forbes. Read More.
Can India really become a cashless society?
On the evening of 8 November, vegetable vendor Vishal Gupta was preparing to shut his roadside stall when Prime Minister Narendra Modi announced that 500 ($7.30; £6) and 1,000 rupee notes would be banned effective midnight as part of a crackdown on corruption.Within minutes, people were out on the streets – queuing outside ATM machines to withdraw money in lower denominations or rushing to shops to buy provisions. The two banned notes account for 86% of all notes in circulation in India’s largely cash economy. Source: BBC. Read More.
India’s cash crisis could kill its economic boom
India’s chaotic move to replace most of its cash could slam the brakes on its red hot economy.The country overtook China as the world’s fastest growing major economy this year, but may fall behind again as the withdrawal of big rupee notes hurts business activity. Source: CNN. Read More.
Mortgage Applications Rise by 5.5%
The post-election spike in interest rates has homebuyers heading to the bank as they fear the ambitious Republican fiscal policy will continue to push interest rates higher.Mortgage applications on home purchases rose by 5.5 % on a seasonally adjusted basis last week, according to the Mortgage Bankers Association. Source: Investopedia. Read More.
Copyright 2020 @ Myfinancein
Shares