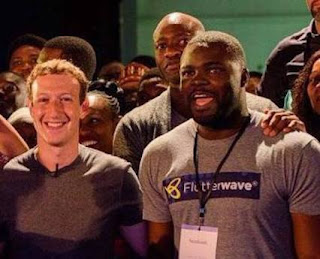 Flutterwave, a Fintech startup, co-owned by Iyinoluwa Aboyeji, who is also the CEO has raised $10 million from US investors. Aboyeji who owned the Fintech alongside with Andela was among those Nigerians trained by Y Combinator in the US.

Greycroft Partners and Green Visor, Glynn Capital, and Y combinator were among the investors that provided the loan.

Flutterwave has only existed for one year and had succeeded in processing payments worth US$1.5 billion in 14 million transactions. Though it has it’s head office in San Francisco, USA, the Fintech startup has offices in some Africa countries including Lagos, Nairobi, Accra, Johannesburg and it is planning to expand further across the African Continent in 2017.

CNN Money reported Adeyeji on 31st July saying that “It is critical that Africans are able to participate in the digital economy,”

Flutterwave plans to developed a payment system that seamlessly integrate with payments on international tech companies like Google and Facebook with the use of debit cards in Africa. According to Aboyeji, “There’s no universal payment method in Africa, and only 3% of Africans reportedly own own having a credit card. Other forms of payments include bank transfers and digital wallets.”