Grit! Determination! Seed Capital! Among others are what start-up businesses in the technology field are told they need to succeed. No one is mentioning Synergy. Probably there is, but, I personally haven’t held of any for now.

As Grit, and other qualities are necessary for the growth and continue existence of a technology start-up, so is Synergy. The benefit of it can never be overemphasised. Synergy is mostly used for businesses that has stand up very well. And most of these firm are big ones. But, start-ups can also benefit from synergical activities. 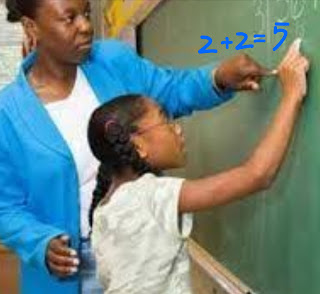 Most start-ups that are successful today, knowingly or unknowingly applied this principle of synergy. I know this because, I have been following start-ups companies for almost a year now. Well, enough of this! What is synergy, by the way.

In finance, synergy is seen as “the whole is greater than the parts.” Business dictionary defines synergy as a “state in which two or more things work together in a particularly fruitful way that produces an effect greater than the sum of their individual effects.”

Simply put, synargy means suming up two things which effects are more when compared to the sum. Synergy is also written in mathematical expression as 2 + 2 = 5. To me, I see synergy as energy. Here, I actually mean combining two energies to produced more energy. In a normal electrical current, a positive and a negative wire (that is, the sum of two) are combined to produced electricity at home. Only one of these cannot produce electric current at a home. So, is synergy, two or more persons can rob heads and minds together to produce a better result.

A proverb also said that two good heads are better than one, even three will be more better. So, is it in a business. Synergical operations has better result for a business. Doing it all, by oneself, may not yield better result as where two or more persons are at work.


If a startup firm decides to do it all by himself or herself probably because he/she thinks they can’t afford to pay a second person, then such entrepreneur may be not achieve. Let’s analysed four ways in which synergy can be implemented in a start-up firm.

Having a cofounder can be very fruitful to a business just starting up. When two brains that know what they are doing come together there will be greater result than just one person. In a military formation, there is always a soilder who gets the back of the other soilder, so that what the first soilder cannot see, it is certain the second one will see it.

You can choose a co-founder from your friends, relatives, family or though referer. The first three may have friendship ties and may result to negative synergy. Though, this is not always true. The fourth way is better but cautions are necessary. Co-founders can be found online from websites like cofounders labs, founders nation and more.

The ability of a mentor is one area that can never be overlook for a positive synergy. Mentors are influencers and have many years of experience in a particular industry. A mentor is like a guidian, the mentor guides the techprenuer on the right part to follow. Though, it might be expensive to have a mentor, having one is more beneficial than doing things along.

It has been said that majority of startups closed within a few years of operations. One of the reason for failures is the lack of mentorship. Human beings most times need motivation. I mean someone who tells him/her “continue, don’t worry you are at the right track.” This is one area mentorship tends to solve. And this is very true, especially running a business that isn’t progressing as you expect it to be.

Mentors are everywhere. It is very easy to have one. Especially on Tweeter, you will found influencers on the field of your business. You can contact them to help you with mentorship. Also applying for mentorship programs like the Tony Enumelu foundation, MEST program, Ingressive and others are sources were you can found mentors to guide you in your business journey.

Attaching your business to a tech hub, may be a boost to your business. Most tech hub have experts who can guide a techprenuer as he/she carries on his/her business. Most tech hubs in Africa have convenience and inexpensive work space were your team can work together. With the availability of experts and a better working space greater efficiency may result. Tech hubs like Co-Creator Hub, Akure Tech Hub, Wenovation hub, Start hub, and so on has work space and tech experts that a techprenuers can harnessed for their start-ups

Building a team who work together to achieve the business goal is part of synergy. Having the right team is a step to the right direction. The efforts of Team players or members of a team tell a lot if synergy will take place. Therefore, choosing the right team is paramount. When a firm just started, choosing a team may be difficulty. In doing so, many techprenuers relied on human resource consultants. Others choose their team themselfs.

A mixture of technocrats and non technocrats will be an ideal team. Also, a mixture of males as well as females will help to achieve synergy for a startup firm.

When team players come together to brainstorm in a decision process, better results are achieved than leaving the decision making process to a single person. Each persons involved in such decision process will see the decision as his/her own. This will avoid sabotage which occurs when a single or very few members of the team are allowed to make important decisions.

To conclude, four ways have been stated in which synergy can be achieved. This is not exhaustive as more ways to achieve synergy can be found practically. Also, it is imperative to note that there is positive synergy and negative synergy. So, there is a possibility that the sum of parts may be less than the combined parts.