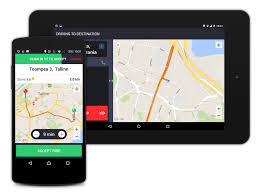 The fuel scarcity in Nigeria during this festive period is very alarming. A period which is normally characterised has a period for joy and merriment is turned into a period for looking for filling stations where petrol is sold and waiting over through a long queue.

Transport fare in most places as a result of the fuel scarcity has doubled. For example, a distance which require just N100 is now N200 if not more. Commuters as well as drivers are paying the price for it. But, it suppose to be a period of joy.

Commuters and drivers are not the only parties suffering from this ugly scene. Individuals having cars and various businesses that required the use of transport system to deliver their goods are as well affected by it.

As a result, transport tech company like taxify and Uber Nigeria are no exception. Yesterday, Taxify posted on twitter stating of their awareness of the problem. We’re working tirelessly to get more cars on the road. “We’d be back and even better as soon as the situation stabilizes,” said the company.

News from coming up later on today states that the Nigeria government is working on the scarcity situation and hopes to end it soon.

Tonight: President @MBuhari meeting with GMD @NNPCgroup, @DrMKBaru, regarding the fuel supply situation nationwide. The President is very concerned about the situation and all efforts are going into a speedy resolution. Update soon.

READ ON  FG GETS $1.3 BILLION FROM WORLD BANK/IMF FOR DEVELOPMENT BANK
Powered by Inline Related Posts