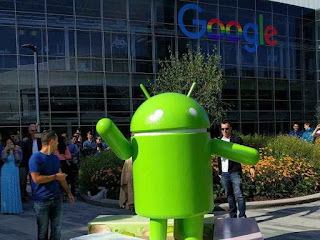 Google finally released the latest Android operating system. Google called it Android Oreo which was named after a cookie. It is also nikenamed Android O. It is called in full Android 8.0 Oreo. The OS was launched on August 21, 2017. Today is the solar eclipsed in the United States, Android purposely launched the software this date.

Google unveiled the OS near chelsea Market where Nabisco factory is located. Nabisco is the company that invented the Oreo cookies. Google has always invent a new Android OS after the name of a cookie or candy. The Android Naugat released last year, Android 6.0 Marshmallow released 2015 and Android 5.0 Lollipop are examples to fall back on.
In expectation, the name of the next Android OS may also come with a name of a candy or possibly a cookie. The new OS is promising than the previous ones. It is two times faster than Android N and comes with a Picture-in-Picture feature that helps you do two tasks at the same time.

Pixel and Pixel XL, Pixel C tablet, Nexus 5x, 6P and Nexus Player are among the first gadgets to use Android 8.0 Oreo. Techcrunch has explained how you can download Android O if you have any of the aforementioned gadgets. Click here to read it.
In case you miss

LinkedIn launched its apps on Windows 10