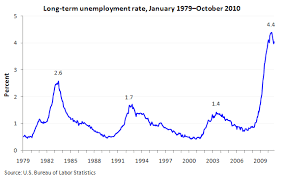 According to International Labour Organization, ILO, report global unemployment is expected to rise from 5.7% to 5.8% in 2017. In figures, the number of unemployed persons globally in 2017 is expected to stand at 201 million (representing an increase of 3.4 million of jobless persons globally) and an addition rise of 2.7 million in 2018.

Although, unemployment should fall in 2017 among developed countries bringing their rate down to 6.2 per cent from 6.3 per cent, regions including Sub-Shahara Africa and the Carribeans are expected to rise and may include structural unemployment.

The report states, “unemployment challenges are particularly acute in Latin America and the Caribbean where the scars of the recent recession will have an important carry-over effect in 2017, as well as in Sub-Saharan Africa which is also in the midst of its lowest level of growth in over two decades.”

”In both Europe and North America, long-term unemployment remains stubbornly high compared to pre-crisis levels, and in the case of Europe, it continues to climb despite the receding unemployment rates, as stipulated by the report.

According to Vanguard Nigeria, Another key trend highlighted in the report is that the reductions in working poverty are slowing which endangers the prospects of eradicating poverty as set out in the United Nations Sustainable Development Goals.

The number of workers earning less than $3.10 per day is even expected to increase by more than 5 million over the next two years in developing countries.

At the same time, it warns that global uncertainty and the lack of decent jobs are, among other factors, underpinning social unrest and migration in many parts of the world.

Between 2009 and 2016, the share of the working age population willing to migrate abroad has increased in almost every region of the world, except for Southern Asia, South-Eastern Asia and the Pacific. The largest rise took place in Latin America, the Caribbean and the Arab States.

According to Director-General of ILO, Guy Ryder:  “We are facing the twin challenge of repairing the damage caused by the global economic and social crisis and creating quality jobs for the tens of millions of new labour market entrants every year.”

He said, “Economic growth continues to disappoint and underperform – both in terms of levels and the degree of inclusion. Worrisome picture This paints a worrisome picture for the global economy and its ability to generate enough jobs. Let alone quality jobs.”

“Persistent high levels of vulnerable forms of employment combined with clear lack of progress in job quality – even in countries where aggregate figures are improving – are alarming, he continues.”

Futhermore, “We need to ensure that the gains of growth are shared in an inclusive manner.” The report shows that vulnerable forms of employment – i.e. contributing family workers and own account workers – are expected to stay above 42 per cent of total employment, accounting for 1.4 billion people worldwide in 2017,” he concluded.

ILO Senior Economist and lead author of the report, Steven Tobin, said: “In fact, almost one in two workers in emerging countries are in vulnerable forms of employment, rising to more than four in five workers in developing countries.”

“As a result, the number of workers in vulnerable employment is projected to grow by 11 million per year, with Southern Asia and sub-Saharan Africa being the most affected.”