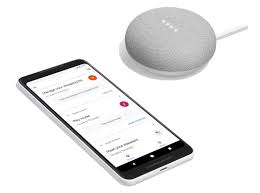 Google Pixel 2 and Pixel 2 XL was launched October 4, 2017. It is expected to be released on October 19, 2017. Now you can preorder at Google store at $649 or $24.04 per month for 24 months. If converted to Naira gives approximately N240,000. A smartphone carrier Version has also been confirmed to making PR orders sales too.

But Google is really killing the Pixel 2 XL, I don’t mean, the phone will die. As we used to saying it here in Nigeria, I mean to say, the Google Pixel 2 XL is hot than I imagine. With the Ear bug and Google clips along with the Pixel 2 XL, you got every thing you need to make life beautiful. There is also a do not disturb (DnD) app that will not allow incoming calls when you’re driving on the smartphone.

A system-on-chip of Qualcomm snapdragon 835. The OS is Android 8.0 Oreo with three years security update. Two processors 2.35 Ghz + 1.9 Ghz on 64 bit architecture and 8-core CPU. The internal memory is 4GB RAM and 64GB or 128GB ROM variants. The battery capacity is 2700 mAh. With Google photo app you can save millions of photos, so you’re not restricted with the 64GB or 128GB ROM.

Fullscreen 6.0 inches display screen with 18:9 aspect ratio, on the front view, which means it is a non bezel smartphone. Two speakers and a single camera of 8MP. The rear view is the fingerprint scanner, a single 12.2MP camera and LED flash. The righthand view is the volume button and sleep/wake button. There is no information as to if it can be charged wirelessly for now.

READ ON  Itel A51 Features, Specifications and Price
Powered by Inline Related Posts

READ ON  Vivo v7Plus Features and Specifications. I think it is the best Selfie Phone in September
Powered by Inline Related Posts

In the box The phone, documentation, waranty card, charging adapter and cable.