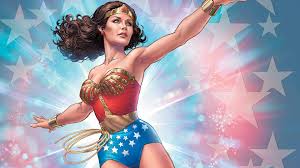 Google Play in collaboration with Made with code will use Wonder woman, a super hero to encourage girls who are teenagers to learn to build game applications.

It is reported by the International Game Developers Association (IGDA) only 22% of females are game developers. Therefore, a call by Google play and Made With Code to team up to encourage teen-girl to become game developers.

The campaign will motivate young females who are future leaders to see coding as a way to make earns meet. The project will enable teen girls to code three scenes from the wonder woman film.

The Wonder woman film will be shown on big sreen tomorrow.

Futhermore, the Google Play, Made with Code and Warner Bros are teaming up to gather together 100 teenage girls from Los Angeles to complete a coding project on the Wonder Woman movie.

A concept for Google Pixel 4XL with Android 10 Q