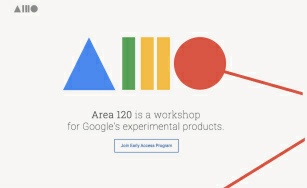 Virtual Reality, VR, is becoming very popular day-by-day and Google is living no stone unturned in it. As part of its’ Experimental areas 120 programme kick start this year, Google will start experimenting Video Ads on VR.

This is as a result of call by VR developers who are looking for ways to make money to fund their their VR applications.

During the Area 120 section, Google has come up with a potential format. Google think of using cube to present ads on VR. This is just an idea and may not be how ads will display on VR.

In creating ads for VR developers and users had said they preferred ads that not disruptive, not hard-to-implement ad experiences in VR.

Using the cube, VR users can simply tap the cube or gaze at the cube in a few seconds, “the cube opens a video player where the user can watch, and then easily close, the video.”

According to Google developer blog, “Our work focuses on a few key principles – VR ad formats should be easy for developers to implement, native to VR, flexible enough to customize, and useful and non-intrusive for users.”

Google would want native ads, which its intend to call Advr, to work on various VR gadgets such as Samsung Gear VR, Cardboard (both Android and iOS) and Google Daydream.

Since the project to create native ads on VR is till on, Google is encouraging developers of VR and potential developers to test the program by applying for it here.

If Google succeed with creating ads on VR, it will be one of the greatest achievement its’ Experimental Area 120 present.