It’s no longer news that Tecno Camon CMore will be launched on Monday, January 8. Even Tecno, in its Twitter account, shot a video to reveal the date for the Tecno Camon CMore launch. But, the venue of launch is not yet known. 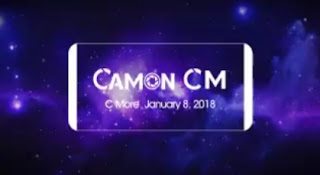 One interesting feature of this device that really makes me want to have a grip on it, is the edge-to-edge bezel-less design. Actually, in 2017 top flagship smartphone makers introduced full bezel-less screen. But here Tecno is pushing for a edge to edge bezel-less screen. You can notice it from the photo. At each edge there is very little or no bezel. But at the top and button of it, you will notice some bezels. This is really interesting. And the Tecno Camon CMore will be the first of Tecno phones to come with this feature.

Now let’s look at the general specifications I found on YouTube. And its possible it’s true even though Tecno hasn’t confirm it. You can watch the video.

Generally, the Tecno Camon CMore will be powered by Android 7.0 Nougat with HiOS. It will also run a system on chip from Mediatek MTK6737H. It processing speed is revealed to be 1.3GHz quad core.

For the camera, the rear camera is 13MP with quad flash. The camera is located at the far left of the back cover of the gadget. The front camera is also 13MP but it has both led flash and screen flash.

Moving to the screen, the vlogger stated that it will be a 5.65″ screen size, a Corning gorilla glass (N.E.G), a resolution of 1440 × 720 pixels and a full HD display. However, I have speculated an AMOLED display. Finally, the battery capacity is put at 3050 mAh.

Well, that is what is available for now. We will be expecting the full specification at launch.