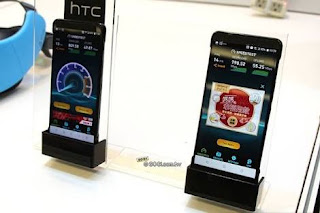 The HTC Imagine was leaked out to have one of its rear camera as a Sony IMX3xx 16MP camera. The smartphone was reportedly leaked with a Qualcomm snapdragon 5.99 QHD, a internal memory of 6GB RAM and 256GB ROM. More on the internal features is that the phone will have a battery size of 3420 mAh. The OS of Android Oreo is supported by HTC Sense 10.

For the camera. The front view has a single camera of 8MP and dual cameras of 12MP and 16MP (Sony IMX3xx). According to the tipstar, the HTC Imagine will have a water and dust resistant of IP68, HTC face unlock and Single and Dual SIM version.