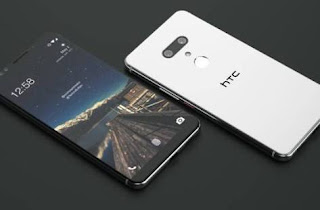 A smartphone retailer, Tiger Mobiles has unveiled the design features of the HTC U12 Plus. Before now, it was stated that the HTC U12 Plus will not have a sibling HTC U12, a leak mill from a source revealed the HTC U12 LED digitizer and Display. Also, some of the basic specifications of the Plus variant has also been provided.


The expected resolution for the flagship is stated to be 2960 by 1440 pixels. Other specifications of the HTC U12 Plus stated but that have already been stated by other sources are two rear cameras 12MP and 16MP. Two front facing cameras 8MP each. The internal RAM is 6GB while a 128GB ROM will serve as internal storage. 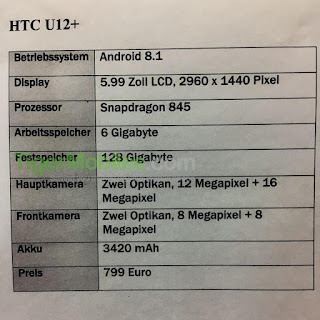 The HTC U12 Plus smartphone will utilized Android 8.1 Oreo and a Qualcomm Snapdragon 845. The price tag for the flagship phone is put as 799 Euro. However, the battery capacity is 3420 mAh.