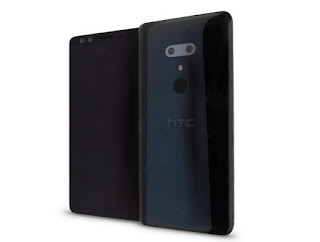 Last week HTC proposes that, it plans to launched five smartphones this year on which the most expensive one will not be more than USD630. So, far I am aware of three which was mentioned above.


For the HTC U12 Plus the basic specifications reported was the screen size, which was put at 6 inch powered by Android 8 Oreo. The screen is incorporated with a LCD WQHD+ display as well as a Qualcomm snapdragon of 845 chipset.

It will be packed with a battery size of 3420 mAh, an internal RAM of 6GB and ROM of 64GB or 128GB variants for the model HTC U12 Plus. The smartphone may not have a sibling the HTC U12 according to the tipstar.

Other specifications listed were dual rear cameras of 16MP and 12MP Lens with LED flash and fingerprint scanner. Front camera of 8MP Len and the second generation of the HTC Edsense hardware.