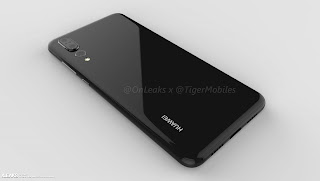 Huawei P20 Plus is packed with new tech details that isn’t available in most flagship smartphone. Recently, a reported photo leak on the Huawei P20 Plus revealed a weild rear cameras. The weild trinity camera are place in such a way that two of the cameras are together along with a proximity sensor while the third camera is left in it own just below the duo cameras.

The four edges of these smartphone have huge notches. Also the bezels on both ends are small making the Huawei P20 Plus a bezel-less flagship smartphone. The other variants, the Huawei P20 and P20 LITE concepts are also having tiny bezels. Further, the Huawei P20 LITE was predicted to have a 19:8 aspect 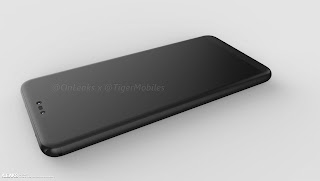 Two front cameras were given to the Huawei P20 Plus. An interesting part of the screen, is the way it covers every part of the front leaving space for only the cameras. At the top of the phone their is the 3.5mm earpiece jack, there is also, a volume button and sleep/wake button at the right hand edge. The Huawei name is written plainly instead of the logo.

Many sources had preferred to named the Huawei P20 as Huawei P11, since the previous flagship was named Huawei P10. For now, the actual name is not known. Also, the date for its announcement has been confirmed to be 27th of March, 2018.