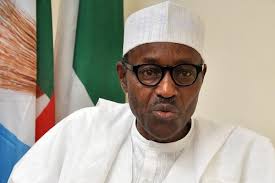 He was suspended as a result of the colossal amount of money found in his home at Ikoyi. The money which was found in a residential building at the 7th floor of a four bedroom. apartment at Osborne Towers located at 16 Osborn Road at Ikoyi Lagos state Nigeria. The sum of money recovered includes $43.4million, £27,800 and N23.2million.

The presidency has appointed he most senior officer to be the acting D.G of NIA during the periods of the suspension.

Meanwhile, a 3-man committee consisting of Attorney-General of the Federation, Minister of Justice and the National Security Adviser, headed by the Vice President, is to carry out an investigation into the level of the D.G of NIA involvement in the cash haul.