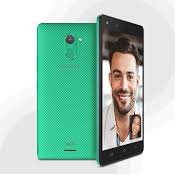 The Infinix Hot 4 was released in August 2016. It was succeeded by Hot 4 Pro. Its previous generation is Infinix Hot 3.

In the box, you will find the Infinix hot 4, Earpiece,USB Cable, USB Power Adapter and Documentation.

Operating System: It operating system is on android 6.0 Marshmallow (can be upgraded to android N). CPU of 1.3GHz quad-core MediaTek MT6580. And a GPU of Mali 400.