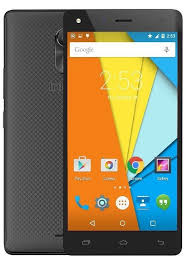 The Infinix Hot 4 Lite was released in October 2016. It was succeeded by Hot 4 Pro. Its previous generation is Infinix Hot 3. The features of Hot 4 Lite is very similar to that of Hot 4. The difference is the memory and no fingerprint scannner. It has 1GB RAM. Also,it is a low budget device. The price range is between N33,000 and N35,000. Here are the features and Specs.

READ ON  Itel It1513 features, specifications and price
Powered by Inline Related Posts

In the box, you will find the Infinix hot 4, Earpiece,USB Cable, USB Power Adapter and Documentation.

Operating System: It operating system is on android 6.0 Marshmallow (can be upgraded to android N). CPU of 1.3GHz quad-core MediaTek MT6580. And a GPU of Mali 400.