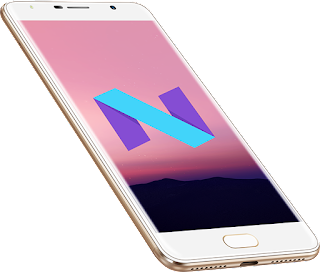 Innjoo a mobile phone producer company is planning to released a new smartphone called Fire 4Plus. Although, the date of launch is not yet known, the mobile phone company posted on it’s twitter account that the phone will be available soon.

Some of the features that Innjoo made known with respect to the phone is that it will have a System-on-chip fro MediaTek, the CPU will be Octa-core processor on a Android 7.0 Nougat. The cameras according to Innjoo, are 13MP and 5MP dual Rear camera, 5.5 inches screen with a FHD IPS 5 touch technology.

Furthermore, a USB Type C charger port, the latest USB technology, to connect your charger. The battery capacity is 3,000mAh which is good enough for a smartphone of this range. The fingerprint scanner is at the front of the device.

On the contrary, the Innjoo Fire 4, a previous Fire family, has a fingerprint scanner at the rear, 2,500mAh battery capacity, 13MP single rear camera and a 5.5 inches screen. The Innjoo Fire 4Plus is therefore an improvement to the Innjoo Fire 4.
Follow @techwatchngr