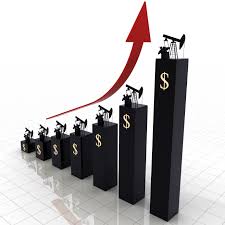 Investors are dropping their bet on oil price as OPEC cut in crude oil supply draw closer. The bent crude is reported to have increased to $53.02 and the light crude goes up to $52.23 per barrel. OPEC cut will kick start on January. Both OPEC and non-Opec crude oil exploiters are serious on this issue.

According to Economic Times, Oil investors seem to have less reason to doubt that Opec and other producers will make the cuts needed to balance the market.

In addition, Money managers trimmed bets on falling West Texas Intermediate crude prices to the lowest level since August 2014 as the Organization of Petroleum Exporting Countries and other crude-exporters prepare to start curbing output in January. Oil market volatility dropped to the lowest level in more than two years on Dec. 20 and futures settled at a 17-month high on Friday.

“People are excited that Opec is going to hold firm and there will be a substantial reduction in inventories,” Michael Lynch, president of Strategic Energy & Economic Research in Winchester, Massachusetts, said by phone. “The market should rebalance in 2017.”

Hedge funds reduced short positions, or wagers WTI will drop, by 10 per cent in the week ended Dec. 20, US Commodity Futures Trading Commission data show. WTI declined 1.4 per cent to $52.23 a barrel in the report week. Prices settled at $53.02 a barrel in New York on Friday, the highest close since July 2015.

Oil prices are set to recover next year as Opec fulfills its output agreement, Saudi Arabia’s Energy Minister Khalid Al-Falih said in Riyadh on Dec. 22. Al-Falih’s outlook was echoed by comments made by his counterpart from the United Arab Emirates, Energy Minister Suhail Al Mazrouei, who also predicted the same day from Abu Dhabi that OPEC’s actions will result in higher prices in 2017.

Money managers’ short position in WTI dropped by 5,699 futures and options to 50,613, a fifth week of decreases. Longs, or bets the benchmark will rise, slipped 0.8 per cent. The resulting net-long position climbed 1 per cent to the highest level since since July 2014.

“This represents the market being in an overbought situation,” Tim Evans, an energy analyst at Citi Futures Perspective in New York, said by phone. “They are very well prepared for a rise in prices, but are left vulnerable for any negative shocks.”

READ ON  Domain Names in Nigeria stood at 93,317 in July
Powered by Inline Related Posts

US oil companies had been using the rally to hedge their price risk for the next two years, potentially boosting output next year. Producers’ short positions, protecting against a drop in prices, decreased to 622,395 contracts, the first decline in four weeks. The number of bearish wagers had climbed to the highest since August 2007 in the prior week.

“The shale producers rushed in at the first sign of viability,” Kilduff said. “That’s played out. They locked in their profits and are now waiting to see what happens before hedging more.”