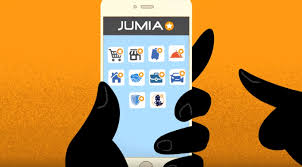 Jumia, Nigeria ecommerce platform located in Lagos, has made top 50 companies that are regarded as smartest companies by Massachusetts Institute of Technology, MIT. This was the first time Jumia is listed in this platform. The Nigeria ecommerce giant ranked 44 alongside Alibaba that ranked 41. Just three point below Alibaba.

Jumia was valued at $1.1 billion. The company has made some smart efforts that enable it to be ranked by MIT. MIT stated that Jumia has used smart methods to counter various obstacles that it’s faces. “Clogged roadways, skeptical consumers, lack of internet penetration in some areas are challenges the company battles.”
To break the obstacles, Jumia is using a network of sales agents, its’ called Jforce to help people with limited internet acccess to make orders on Jumia online and other persons who are not comfortable ordering themselves.

Jumia and Alibaba is not the smart companies. Amazon was 3rd on the list. While Alphabet was 6th. Apple was sixteen, while Facebook stands at twenty three. The company on top of the list is Nvidia as the number one smart company with SpaceX on the second position. You can read more of it HERE.