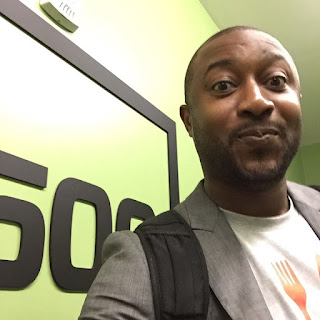 Kela, a cofounder of MailHaven, explained it 500 startup story. MaiHaven is among the startups in Nigeria that will get 500 Startups seed fund as well as mentorship from 500 Startups.

He said, “2 years ago, I interviewed with 500 Startups as a single founder. I wasn’t accepted at the time, I was running an on-demand delivery startup right when there were so many popping up. I was disappointed, but I learned a lot from my first experience and I also discovered the problem I’m now dedicating all my time to solving.”

Two years later, after completing two product: MailHaven iOS app and the an hardware called the Haven. Kela thinks its time to apply for 500 Startups which he did. Then what happen next? “MailHaven had applied once before and we were not accepted. So, waiting on a decision was a bit nerve wracking, but we were ready for any result. We had the resolve to keep building regardless of what we heard back from them,” he said.

“Fortunately, we had a screening call with 500 Startups and were invited to have an in-person interview in San Francisco. We had less than two weeks notice to book our travel, but as luck would have it, we had already booked tickets to San Francisco. We were headed there to ship our prototypes back to Louisville and to pitch at the second episode of The Syndicate, another program by jason of This Week in Startups.”

After the screening call, Kela and his co-partner Ed Hatfield went for the interview. A week or two later, they got the email that they made it to 500 Startups batch 22. Later on, their was a meeting among them (MailHaven is made up of two full time and six partime employees/contractors of which “three being women and two, including myself, being people of color”) and they concluded among themselves these statements.

“The alumni founders of 500 Startups have been highly accessible to me and have given me valuable advice in the past. I strongly believe the actions of a single individual should not tarnish the good work and image of 500 Startups or its diverse founders, founders who have been overlooked by others because they don’t match a certain profile.”

“Our decision was to say YES! to this opportunity and carry our tradition of equality and a safe working space to San Francisco, as well as learn from the awesome and diverse mentors in the 500 Startups family.” 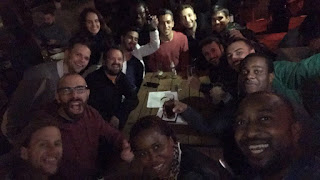 “Our goal is not only to grow our customers and improve our product, but to instill a culture of diversity from the start, something clearly evident in the values of 500 Startups. We are happy to announce that we are #500Strong and proud. Our journey to build infrastructure for the future of delivery is accelerating and we are thrilled to welcome 500 Startups to our family of wonderful partners and investors.”