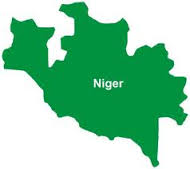 Mrs Aanu Basil, the Deputy Director, Marine Pollution, Contamination Clean-Up and Remediation in the ministry, said other residents of the community were safe from lead poisoning with the clean-up.

Basil made this known in Abuja in an interview with journalists on Saturday. She said that the clean-up programme was an intervention from government aimed at preventing lead poisoning outbreak in the community.

She observed that lead poisoning was as a result of illegal artisanal gold mining in Angwa Megero, Angwa Kawo and Shikira communities of the state.

Basil said that the incident occurred few years after a tragedy outbreak of lead poisoning in the community killing about 28 children below the age of five.

She said that the children who were contaminated from the lead poison had been treated by the government. Basil said that three officials of the ministry visited the site on the spot assessment; adding that proposal for the cleaning-up project commenced in 2016.

“The report of the visit indicated increase in the number of death of children as a result of high concentration of lead contaminants ranging from 5000 to 166, 000ppm in the impacted environment.”

“The situation was declared then as an emergency and immediate clean-up exercise of the impacted sites took place to enable tackle the situation,’’ she said.

Basil said that one of the objectives of the clean-up project was to eradicate the presence of the high concentration of lead and other heavy metals contamination.

She added that the exercise would curtail the immediate threat to life and health of the impacted communities, eliminate the continue exposure of the communities to lead and other heavy metal contaminants.

The deputy director said that the project was being implemented in two phases with the collaboration of United States Environmental Protection Agency (USEPA).

“The phase one scope of the project is identification of the contaminated sites within the Shikira communities, awareness campaign within the communities, and a Geographic Information System (GIS) mapping.

“Identification of new sites for sourcing of clean soils and for construction of landfill, excavation and transportation of clean soils to backfill the excavated contaminated soil areas, among others,’’ she said.

She said that the project implementation was with the mobilisation of both contractors and some technical advisers in the ministry.

Basil stressed the need to put in place relevant programmes for mining practices such as strong sensitisation exercise within the communities.

She said that the essence of the sensitisation was to ensure that the communities complied with safe mining practices as it would prelude re-contamination of the remediated sites.

She said that the ministry also recommended the establishment of organisation mining cooperative groups to enable effective implementation of the project.