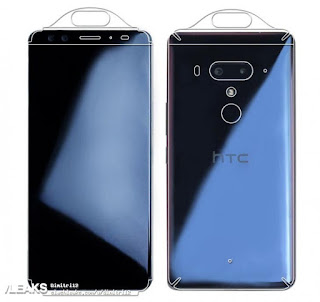 HTC next flagship smartphone will be the HTC U12. This will take over the U11 released last year. The HTU U12 photos renders is similar to the HTC U11 with a little differences. 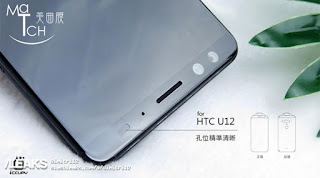 The HTC U11 has a single rear camera with two flashlights. The last year flagship uses the Android Nougat and the Qualcomm snapdragon 835. The gadget also lacks notch and its filled with bezels. HTC has change all this in the HTC U12.

The U12 will be different in all these. It will come with a Android Oreo operating system. A Qualcomm Snapdragon 845 which uses 10nm semiconductor. The HTC 2018 flagship, will be characterised with two cameras at the rear and also two flashlights. A source said that it is possible for HTC U12 to use a wireless charger.

The phone comes with a notch which is a current trend of all flagship smartphone launched this year. Though Essential phone was the first smartphone to have a notch, iPhone X was the first phone in which its becomes noticeable and other phones makers start following the trend.


Unlike the HTC U11, the U12 flagship rear cameras was positioned horizontally. The U11 has an aspect ratio of 5.5 inch but the U12 will be bigger than that possible a 6 inch screen with an aspect ratio of 18:9. HTC promises to launch it’s flagship ssmartphone at $680 price in Taiwan.