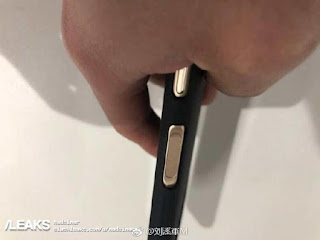 Meizu E3, also known as, Meizu Charm Blue E3, resurfaces and is reported to has its fingerprint at the side of the device. This is a new feature as most smartphones including flagship smartphone has their Fingerprint scanner either symmetrically at the rear of the phone or at the front of it.

Also, Meizu plans to start using Samsung chipset, Exynos. So, it is likely that the Charm blue E3 will be flaunted with this powerful system on chip thereby improving the performance of the device.