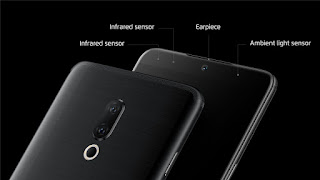 On the 22nd of April, 2018, Meizu Launched its 2018 flagship smartphone. The smartphone, Meizu 15, Meizu 15 Plus and Meizu 15 Lite will use Samsung Exynos chipset, Exynos 8895. The phone will also use an FHD super AMOLED display exactly what Samsung uses in its smartphone.

An interesting feature of the Meizu 2018 flagships is the lack of notch. Meizu here, avoid following the crowd in using a notch for the screen. The Meizu 15 series has a 20MP front camera for selfies which is placed symmetrical to the top of the front view.

For the rear view two cameras were also placed on it and they are symmetrical to the rear. The three versions of the Meizu 15 will use octa core processor. More so, the Meizu 15 Plus is the biggest in the series with a screen size of 5.94″.

Meizu all launched the Flyme 7 which replaces the Flyme 6. Flyme 7 is optimized for game mode, ai beautification, portraits backtracking, night mode and many more.