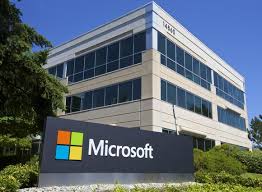 The recent proposed Job cut by Microsoft has been broadcasted a lot through the media Many of the media report claim that the company may be laying of more than 3,000 traditional sales staff worldwide.

As a result, Microsoft has come up with the number of its employees in their ecosystem worldwide. According to a twitter post by Microsoft today, the company states that it has “17 million people employed in the Microsoft partner ecosystem.

There are 17 million people employed in the Microsoft partner ecosystem. #MSInspire

The number of employees Microsoft intends to lay off may not poss any problem to the company’s workforce, nor the way it does businesses worldwide.

According to reports sourced out online and also posted here, Microsoft is reorganising its sales force, probably intending to increase its market share on Cloud server. A source showed that Google and Amazon have the largest market share in the Cloud business. A recent market report also shows that Microsoft crowd server market revenue increased by 15 percent and Azure increased by 93 percent.

Another report shows that Microsoft job cuts are for the good of the company. As it will result in increase in profit for the tech company.
Follow @techwatchngr