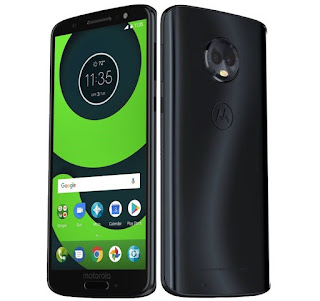 The Motorola Motto G6, G6 Plus and G6 Play basic specifications have been leaked with no released date yet. The difference between the two smartphone is very clear. And fans will prefer the Motto G6 Plus except if the price will scare a hell out of them.

Starting from the Motto G6, a previous report urging fans to order for the Motto G6 in Amazon UK website shows he smartphone with 3D glass screen. And the features stated on the website page which was layer removed are similar to the new renders.


The Motorola Motto G6 specifications includes a 5.7″ Full HD+ display with a resolution of 2160 by 1080. A Qualcomm Snapdragon 450, a processor of 1.8GHz speed, camera size of 12MP and 5MP for the rear view. But the front camera is reported to be 16MP almost perfect for selfies. The battery size was unveiled to be 3000mAh while two variants memory space was reported for the Motto G6. 3GB RAM and 32GB ROM or 4GB RAM and 64GB ROM. The price for the phone was placed as $249. But it wasn’t stated if the price is for both variants.

Fast forward to the Motto G6 Plus. A Qualcomm Snapdragon 630, a processor of 2.2 GHz, screen size of almost 6″ (5.93 inch), same front camera and rear camera as the Motto G6. However a battery capacity of 3200 mAh and a Memory size of 6GB ROM and 64GB RAM are reported for the G6 Plus. 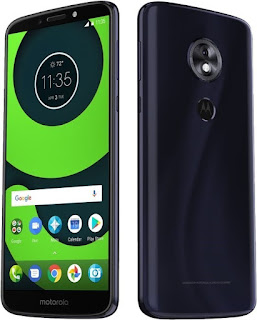 For the G6 Play, Android Central reporting an Hungarian retailer spotted the phone with 5.7″ screen with HD+, a resolution of 1440 by 720. The Qualcomm Snapdragon 430, 5MP front camera and 12MP back camera. A battery strength of 4000 mAh. 3GB RAM and 32GB ROM will be inside the Motto G6 Play. The processing speed is reported as 1.45GHz.