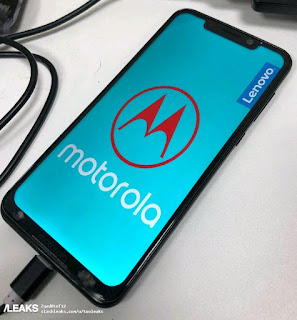 The notch is not the only rumor on the Motorola One Power smartphone. The battery size was reported to be 3780 mAh capacity. Also, the rear cameras will be 16MP primary camera and 5MP secondary camera, both at the rear of the phone. The 16MP camera will has an aperture of f/1.8 while the other has f/2.0 aperture.

As if that isn’t enough, the tipster mentioned that the Motorola chipset will obtain a Qualcomm Snapdragon 636 among others. A further look at the photo of the Motorola One Power, the USB port will be at the bottom of it. It is possible for the Earpiece port to be at the top, but this isn’t shown in the prototype photo of the Motorola One Power. The single camera for the front view is also noticeable, however, its not clear the size of the camera for now. Future rumor will tell.