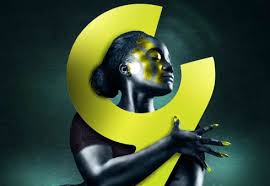 It is no longer news that Etisalat Nigeria has gone to rest, after the dead pool instigated by Nigeria banks with the purpose of taking over the company. As a result the Nigeria Telecommunication Commission, NCC, and the Central Bank of Nigeria, CBN, came heroic setup to rescue the company.

Now, Etisalat is now named 9Mobile with an astonishing new logo. But the creditors which as stated in a previous post were 13 indigenous banks, are still at loggerhead to exhumed their money that is still in grave yard on the former Etisalat.

Three major telcos are the bids to acquire the majority of the shares of the new 9Mobile Nigeria. As a result they must strategize the technical methods they intend to cough out the money as this Nigerian Banks are no joke at all with their money. Infact news have it that they have employed two banks one from the United States and the other from South Africa, to recover as advisors in the bidding process.

READ ON  Why do Techprenuers grow their business?
Powered by Inline Related Posts

The media was also tell us the amount Etisalat owed Nine of this aforementioned banks. This I will analysed below

I have to do a little arithmetic to know the total sum of debt Former Etisalat owe these creditors. I got $241 million and N2.561trillion. Converting the trillion Naira to dollar, base on naij news’s naira exchange rate of 363 gives me approximately $706 million. Adding this to $241 million. I got a total sum of $947 million that the dead Etisalat owes these nine creditors.

However, according to Daily Post Nigeria, Etisalat claimed it has paid the creditors $500 million by the end of February, 2017 and that the outstanding loan stands at $574 million. So, who is saying the truth? I, for my part do not know and need to be clarified. It was also said that the sum borrowed was used to finance importation and purchase of the towers through Huawei of China to help build the infrastructure backbone for Etisalat.

If the bidding for the acquisition of shares of 9Mobile is completed the debts will be paid.