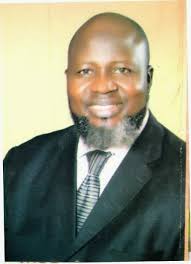 A report reaching Technology watch from Reuters and thenationonline indicated that Nigerian Communication Satellite, NIGCOMSAT, will purchase two satellite from Chinese without paying any cash. The satellite will capture local and Africa market and it will give Nigeria Federal Government the opportunity to implement local content law. As all Nigeria business will be encouraged to used the Nigeria backbone instead of relying on foreign satellite.

During President Olusegun Obasanjo rule, he also launched satellite produced by China. But later on, what we heard was that the satellite lost in the air during lunch.. I could remember the story even if I wasn’t current with the media during those days.

The proposed procurement of the two satellite was made known to the President of Nigeria, President Muhammadu Buhari by the Minister of Communication, Barr. Adebayo Shittu at the presidential villa recently.

According to Barr. Shittu, the  payment by China EXIM bank and China Great Wall is not a loan, “It will be equity participation of the Chinese company into our business. NICOMSAT is a limited liability company owned entirely by the Federal Government. So, they are paying that to finance these highly required facilities and we will agree on the percentage sharing. Of course, Nigeria has nothing to lose because we are not putting anything into it in terms of financial resources,” he said.

Hoping that what occurs during the President Obasanjo will not occur again, in two years after the signing of the agreement, Nigeria will be expecting two satellite, on air, which will service not only Nigeria but the rest of Africa.