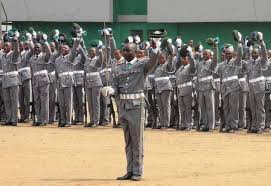 The Nigeria Customs Service, NCS, has drawn attention to supposed dismissal of 59 officials by its Camptroller General of Customs, Col. Handed Ibrahim Ali (Rtd). It ha stern this publication by the media as false.

Such misleading information according to the press released is capable of causing panic, fear with negative consequences on the moral of NCS staffs.

A statement released and signed by its Ag. Public Relation Official, Josepf Attach states as follows,

That sometimes last year, these officers were served with various disciplinary actions ranging from warning, retirement to dismissal for different offences.

That the Public Relations unit then issued a press statement on the development which was widely reported by the print, electronic and online media.

That as a routine practice of keeping officers and men of the Service informed, the Ag. Comptroller (Discipline) compiled the names of all officers affected by the disciplinary action for circulation to all customs formations across the country.

The notification to serving officers and men is in keeping with the Service pre-emptive measures to deter any affected officer who may choose to hang around to engage in illegalities.

It is therefore, unfortunate for a reporter to stumble on an internal communication of an organisation and rush to press without seeking for clarification.

For the avoidance of doubt, the Service has not dismissed any officer since the one duly reported last year. The story is false and represents a repetition of same story delivered as new.

While the NCS will not hesitate to discipline erring officers, such action is usually painstakingly driven through all well established disciplinary procedures.

Accordingly, all service personnel and the general public are advised to discountenance the misleading report.